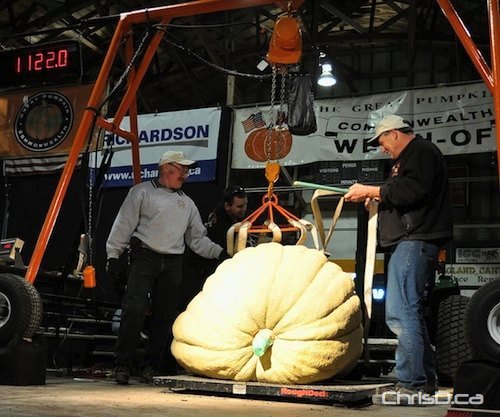 The largest pumpkin this year weighed in at a staggering 1,122 lbs at the Roland Pumpkin Fair on Saturday, October 2, 2010 (MAURICE BRUNEAU / CHRISD.CA) 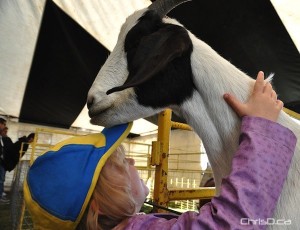 It was the battle of the pumpkins Saturday in Roland as the Roland Pumpkin Fair excited the tiny southern Manitoba town about 100 km southwest of Winnipeg.

Farmers from all over the province — and even the U.S. — weighed their freakishly gigantic pumpkins on steroids to see who would take the top prize.

While the event is also an agriculture-based learning experience with displays and a petting zoo (right), it was all about pumpkins.

Dan Marshall from Stonewall won bragging rights after his pumpkin took the crown with 1,122 lbs. Second place went to Butch Bourbanis of Walhalla, North Dakota with 1,108 lbs and Ellen Marshall of Stonewall came in third with 1,054 lbs.

There were 37 competitors in total, and rounding out in last place — but still worth a notable mention at 55 lbs — was Miranda Barker of Carman.

This was the 20th anniversary of the pumpkin weigh-in.