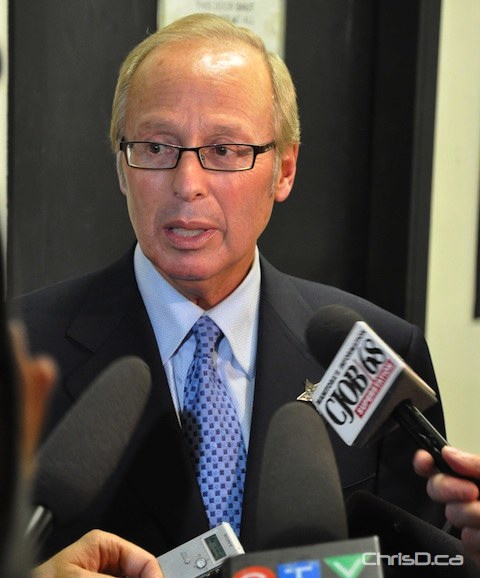 Speaking at the Broadway Neighbourhood Centre, Katz said the cash will help fund the centre’s JustTV multimedia program to the tune of $150,000 annually.

Graduates of this program have won national awards, university scholarships and production internships and employment with local broadcasters throughout the city.

Katz said the remaining $850,000 will to go towards facilities and organizations in the inner-city and North End to provide longer operating hours, new programming and to fund other community organizations that have not received this type of funding before, including All Saints’ Anglican Church.

“It was just last week that Sam Katz told the public he didn’t think these kinds of investments were effective,” Wasylycia-Leis said. “Winnipeg families deserve to see candidates taking the issue of crime-prevention seriously, not these kinds of abrupt policy reversals on issues as important as public safety.”