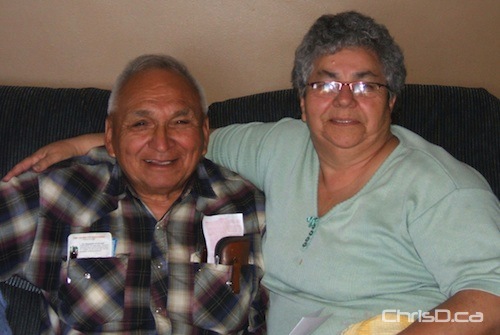 A 69-year-old Alzheimer’s patient is behind bars at the Winnipeg Remand Centre and his family desperately wants him moved to into a hospital or care home.

Joe McLeod allegedly lashed out at his wife, Rose, over a month ago when he become disoriented and didn’t recognize her. He was charged with assault and has been sitting in a medical unit at the downtown Winnipeg holding facility ever since.

The family held a news conference Wednesday morning, organized by the Manitoba Liberal Party Caucus, where they called for the NDP government to intervene and release Joe from jail. The family believes he should be getting the treatment he needs in a health care facility instead.

Rose McLeod and her family can visit Joe twice per week, but only through glass.

“I find it appalling that it is the policy of the NDP to allow Alzheimer’s patients by themselves in jail cells,” said Liberal leader Jon Gerrard in a statement.