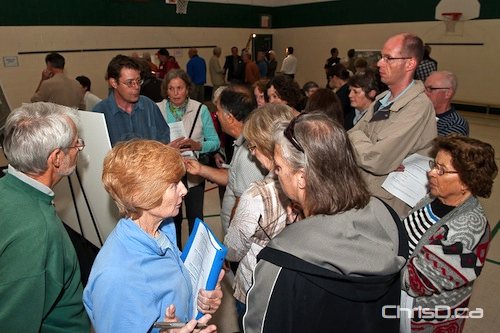 The second open house to address traffic concerns surrounding the new Winnipeg Blue Bombers stadium at the University of Manitoba will be held tonight.

Residents of Fort Richmond will gather in the basement of the Fort Garry Evangelical Mennonite Church, 602 Pasadena Avenue, to hear from developer Creswin Properties, traffic engineers from Stantec and City of Winnipeg officials.

Last week’s open house for University Heights residents did little to reassure those living in the area that traffic and noise wouldn’t be issues.

“I was disappointed by how much conflicting information there was between the different stations,” said Fort Richmond Coalition President Jeff Fidyk. “These guys really needed to have a meeting amongst themselves before approaching the public so they could get their stories straight.”

The coalition is a neighbourhood organization formed with the mandate to stop the stadium from being built at the U of M.