Katz Pledges $2M on New U of W Recreation Centre 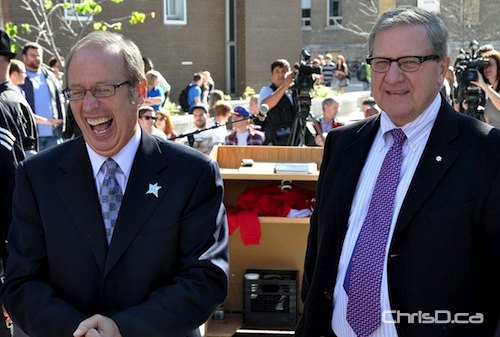 Incumbent Mayor Sam Katz has promised to spend $2 million on a new recreation centre at the University of Winnipeg.

The $20 million complex will include an indoor soccer arena and other ammenities once complete.

Katz made the announcement Thursday afternoon surrounded by students at the Spence Street Promenade.

The final design is in its final stages, but will be located near the Duckworth Centre on Spence.

Additional funding for the project will come from private donations and the federal government.