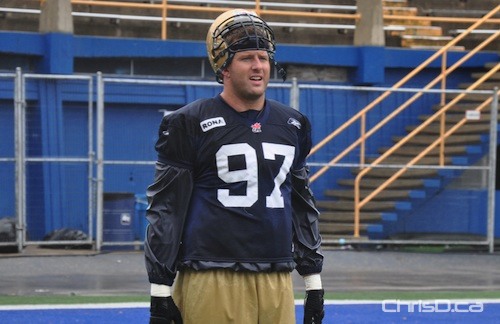 The honour comes after a Thanksgiving Monday comeback against the BC Lions, where Brown anchored a solid defensive live to push the Bombers to an amazing 47-35 victory in overtime.

With less than a minute left, the 36-year-old helped stuff the Lions on a second and four play, forcing them to punt the ball, which Jovon Johnson returned 59-yards to set up the game tying field goal.

Brown finished the game with three tackles, two sacks and one forced fumble. He now sits third on the all-time Blue Bomber sacks list with 49.

The Bombers face the Montreal Alouettes on the road this Sunday.