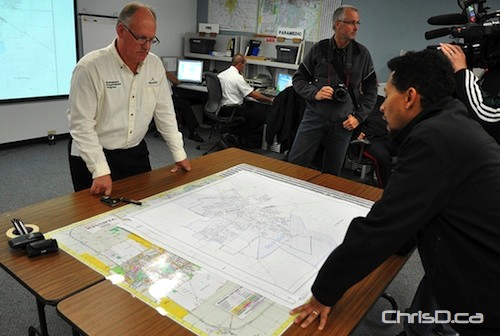 The City of Winnipeg invited members of the media into its Emergency Operations Centre (EOC) on Thursday to witness a preparedness exercise called “Ex Ice.”

The drill was a city-wide emergency exercise to simulate an ice storm that caused a disruption to the electrical supply in Winnipeg. The exercise also examined potential effects on essential services and critical infrastructure, and the city’s response to such circumstances.

The exercise was modeled after the 1998 Quebec Ice Storm and tested the city’s relationship with companies responsible for restoring power and communication to residents in such a situation.