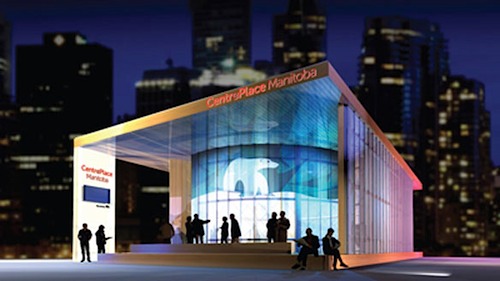 The Manitoba pavilion that got mixed reviews in Vancouver during the 2010 Olympic Winter Games is on display this weekend.

CentrePlace Manitoba has been setup at the Red River Ex grounds for free tours until Saturday.

The pavilion opened on Thursday and will remain so daily from 9 a.m. to 4 p.m.

The provincial government invested $2.3 million in the design and construction of the pavilion, which boasts interactive multimedia exhibits that showcase Manitoba.

Parking is available free of charge.