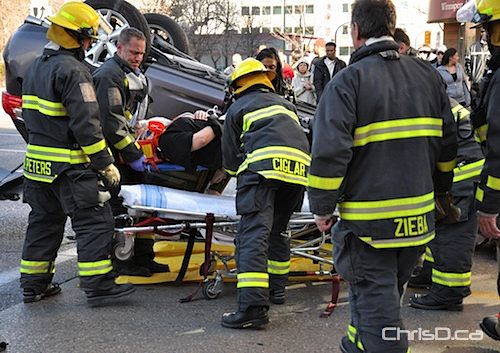 Emergency personnel place a woman onto a stretcher after the SUV she was driving rolled several times at Ellice Avenue and Vaughan Street on Tuesday, October 19, 2010. (MAURICE BRUNEAU / CHRISD.CA) 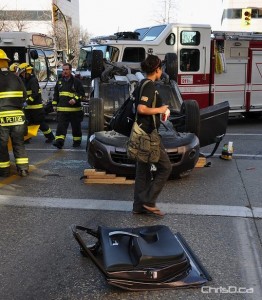 A woman was transported to hospital with unknown injuries after her SUV flipped at Ellice Avenue and Vaughan Street at about 3 p.m. on Tuesday.

Emergency crews had to use the jaws of life to free the woman from the vehicle, which witnesses say rolled several times.

A Winnipeg Transit bus was also involved in the accident.

No further details are available at this time.