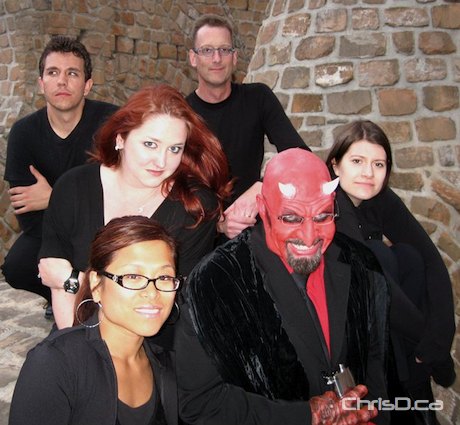 The hit Winnipeg Fringe Festival show Macabre Tales of Horror and Macabreness is making a return to the Gas Station Event Centre.

Just in time for Halloween, the show offers screams, spooky, shocking and sinister short stories sure to tingle your spine, raise your hair and give you goose bumps.

The show’s producers say just because the blood-splattering thrillers take place on the stage, doesn’t mean the audience is safe from getting involved.

In fact, the show is guaranteed to be so scary, producers have this warning: “Due to the chilling nature of this production, should anyone die of fright or laughter during this show, the producers guarantee they will cover the funeral expenses.”