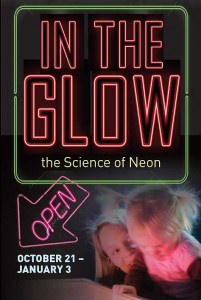 A new exhibit at the Manitoba Museum will have visitors walking towards the light.

In the Glow: The Science Behind the Art of Neon opens Thursday and will provide a nostalgic display that exhibits a dazzling glow.

The exhibit is a trip back into the 1950s, when the museum’s Alloway Hall will be transformed into a spectacular light display where neon characters, animals, and messages burst out of the darkness with astonishing colour and brightness.

Visitors will also see how neon works and why it stopped being used for signage and promotion.

The Manitoba Museum is the first venue for this exhibit in North America and will run it until January 3, 2011.