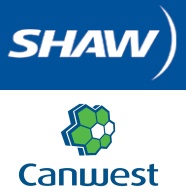 The $2 billion deal has been in the works for months, ever since Canwest filed for bankruptcy protection last October.

Other highlights of the transaction include the conversion of 67 analog transmitters to digital in smaller markets, and the installation of a satellite or receiver dish free of charge to viewers who can no longer view over-the-air signals.

Shaw’s proposal also includes the purchase of more drama, documentary and comedy programs from independent producers, and the investment in new media content that will support news programming and programs of national interest.

The company will spend roughly $180 million over the next seven years to implement its plans.

The federal broadcast regulator approved the deal on the same day Shaw’s CEO, Jim Shaw, announced he would be stepping down. The reigns of the company will be given to Jim’s younger brother, Bradley Shaw, on January 13, 2011. Jim served as CEO for the last 12 years and will remain on the board of directors.