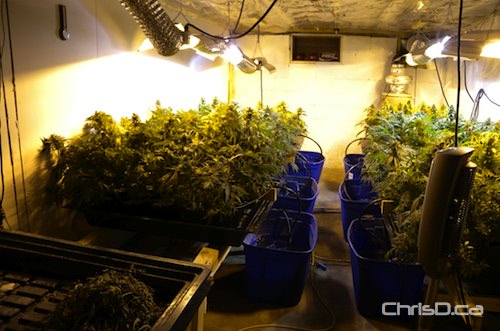 RCMP in Dauphin busted a grow-op over the weekend worth an estimated $150,000.

Officers executed a search warrant at a home on 7th Avenue S.W. Sunday morning, where they located 143 marijuana plants, 400 grams of marijuana, and approximately 160 grams of Psilocybin, also known as magic mushrooms. A large quantity of drug paraphernalia was also seized.

Ryan Thomas Cook, 20, and Miranda Mary Emma Bancarz, 21, both of Dauphin, were arrested and face drug charges. They were released from custody and are scheduled to appear in Dauphin court on December 7.