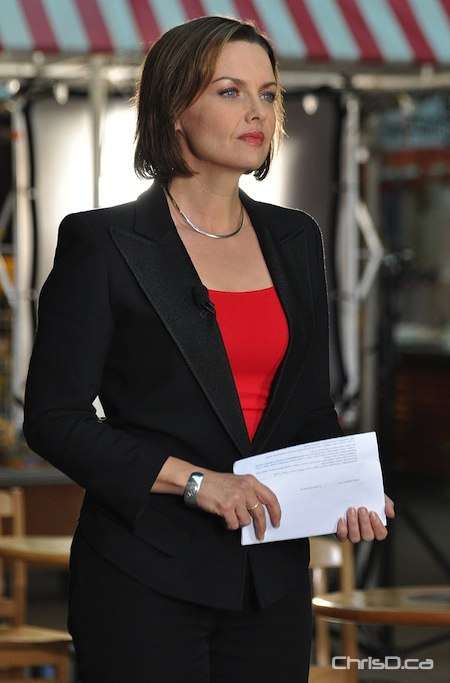 “Global National” anchor Dawna Friesen made a return to her hometown Tuesday, delivering her evening newscast from The Forks.

The Red River College graduate spent part of her day speaking to Creative Communications students, who aspire to one day work in the television industry themselves.

Friesen was named as anchor in July, replacing Kevin Newman and making her national debut on September 20.

She is currently on a coast-to-coast tour making stops in various communities to share stories from across Canada. Friesen will be in Saskatoon on Wednesday.