By Vincent Lee for ChrisD.ca 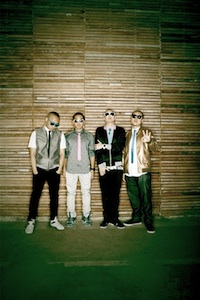 Monday night, Far*East Movement, also known as FM, came and rocked Winnipeg with their LA flare. FM was in town as part of their cross-Canada tour to promote their newly released studio album “Free Wired”. Originally selling out their original venue at Republic Nightclub, a second show was added at the Garrick Theatre to accommodate the demand.

Singing songs from their album like current hit “Like a G6,” “I Party,” “Girls on the Dance Floor,” and upcoming single with Ryan Tedder of One Republic called “Rocketeer,” they also satisfied longtime fans with songs like “Fetish” and “Go Ape”. There was even an appearance of DJ Brass Monkey’s head. Oh, did I mention they also had the space helmets? Yeah, it was awesome.

As a long time fan from their collaborations with Wong Fu Productions on a number of Internet videos and sold out “International Secret Agents” concerts, I had been waiting a long time for an opportunity to see them live. Having missed them twice while visiting LA in the last few years, I finally had a chance to rock out to them live — and they didn’t disappoint. They proved that they are performers — the real deal — and the amount of work that they’ve put in over the years to get to this point has really paid off. I went with a non-Asian friend of mine who had never heard their songs other than “Like a G6,” and now he’s going to buy album tomorrow. 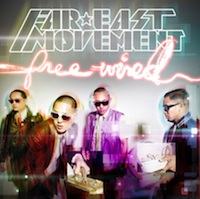 Far East Movement members Kev Nish, Prohgress, J-Spliff, and DJ Virman represent different generations of Chinese, Japanese, Korean, and Filipino American. Over the last few years they’ve been building a large fan base of Asians from all over the globe — but now their hip hop is reaching a wider audience — not just Asians, and it’s a proud moment, and inspirational for a lot of Asian Americans and Asian Canadians. They’ve achieved something that has never been done before. No Asian has ever cracked the U.S. Billboard chart like they have, and doing it in style no less at #1 with “Like a G6.”

FM’s “Free Wired” album is a solid club record with gems like “White Flag” and “Don’t Look Now” featuring Keri Hilson and “If I Was You (OMG)” featuring Snoop Dogg. If you haven’t listened to them yet, do it, although “Don’t Look Now” will be the group’s next single hitting the airwaves. Pick up this album or download it off iTunes (you get a bonus track “Go Ape”) — it’s a good buy for sure.

Album — 4.5/5 (Reason: There were other tracks that didn’t make the cut that were amazing, go download F.U.H.A.T.E.R)