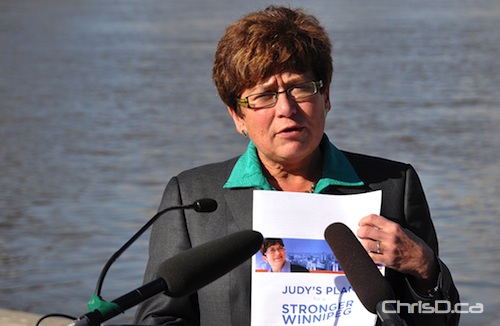 While Mayor Sam Katz has the backing of the Winnipeg Police Association, challenger Judy Wasylycia-Leis picked up her own crime-related endorsement on Tuesday.

Cassels says the former NDP MP’s plan would work to prevent crime and begin to reverse the growing problem.

“Judy understands that to start making neighbourhoods safer, you actually have to start preventing crime from happening in the first place,” Cassels said in a statement. “Judy’s plan will do that. It’s a targeted, balanced plan that will integrate the prevention tools that are missing right now.”