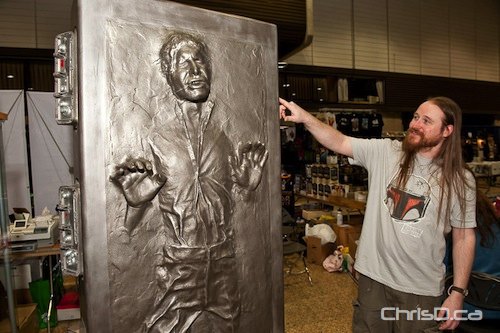 Comic book and science fiction fans are descending on the Winnipeg Convention Centre this weekend for the fifth annual Central Canada Comic Con.

The three-day event is expected to be the biggest one yet, with 20,000 people estimated to walk through the doors, according to organizers.

Comic book artists and designers also get together and share their talent, and popular characters are portrayed on stage in the costume contest.