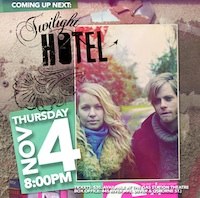 Organizers decided to create an indoor concert series following the success of outdoor entertainment throughout the summer.

Other concerts at the GSAC are planned for December, February, April and June. Further details on upcoming musicians will be announced once confirmed.