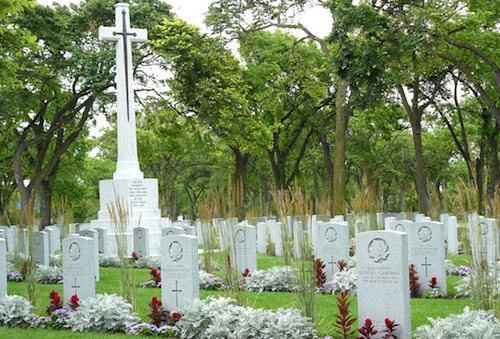 One of Canada’s largest military interment sites will be providing public tours for the fourth year in a row.

Brookside Cemetery is the resting place for Veterans, Peacekeepers, Merchant Marines and military service men and women from World Wars I and II, as well as the Korean and Vietnam Wars.

In the week leading up to Remembrance Day, the city is inviting citizens to tour the 10,000 war graves in its Field of Honour from November 4 to 10.

“People don’t know that Winnipeg’s Brookside Cemetery is home to such a significant Canadian wartime historical site,” said cemetery administrator Jane Saxby in a statement. “Manitoba residents and Winnipeggers in particular have unique access to a site that compares to the American war memorials seen in Washington, D.C.”

Veterans and representatives from the Royal Winnipeg Rifles Museum will be on hand to discuss wartime memorabilia displays and provide firsthand accounts of Canada’s military history.