U of W Theatre Season Opens with Shakespeare Play 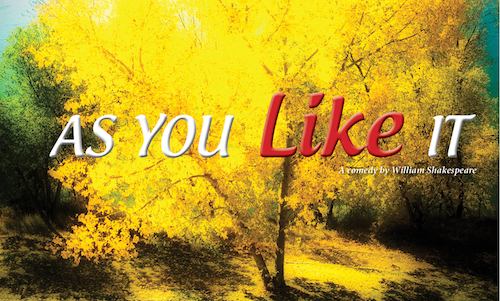 "As You Like It" plays November 23-27 at the Gas Station Arts Centre. (HANDOUT)

The University of Winnipeg is opening up its 2010/2011 theatre season later this month with a musical take on Shakespeare’s classic comedy, “As You Like It.”

The Department of Theatre and Film will debut the production November 23-27 featuring the Fourth-Year Honours Acting Style and Genre class.

As You Like It centers on Shakespeare’s largest, and arguably most famous female role — Rosalind, and it features one of his best-known speeches — Jacques’ “All the World’s a Stage.” The plot is uniquely simple compared to Shakespeare’s other comedies, but the characters and their journeys are some of his most complex. In this sharp and insightful romantic comedy, a wide range of characters enter the forest, fleeing from oppressive forces. Once there, they create a protected world in which they can explore what matters most to them: life balance, love, independence, lust and truth.

Twenty-seven costumes are being built by the costuming class for the 12-actor cast. A flexible set had to be built to accommodate the dozens of different locations that represent both the romantic setting of the play and the transformation that the characters experience.

Performances are Tuesday, November 23 through Saturday, November 27 at 8 p.m. at the Gas Station Arts Centre. Admission is free but reservations are recommended. To make a reservation, call (204) 786-9152, or visit Theatre.UWinnipeg.ca.