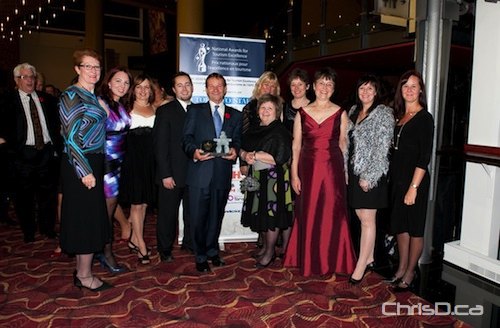 The president and CEO of Travel Manitoba has been inducted into the Canadian Tourism Hall of Fame.

Hubert Mesman received the honour Tuesday from the Tourism Industry Association of Canada (TIAC) during a ceremony at Canada’s Tourism Leadership Summit in Gatineau, Quebec.

Mesman plans to retire soon after spending 35 years in a variety of tourism marketing and consulting positions. His work includes projects to bolster Manitoba’s tourism and business community and he continues to be involved in major event bid acquisitions in partnership with Tourism Winnipeg.

Mesman is the first Manitoban to be inducted since the creation of the Canadian Tourism Hall of Fame in 2006.