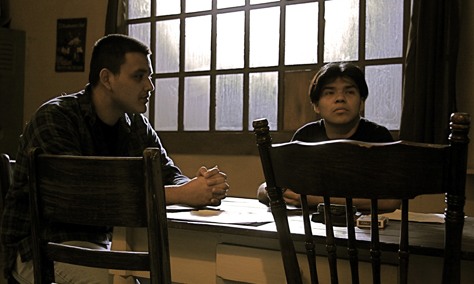 Made in Winnipeg film "Of Mice and Men" is directed by Kyle Hudlin-Whelan and will play at the American Indian Film Festival in San Francisco on Friday, November 12. (AIFISF.COM)

A Winnipeg high school teacher is about to embark on a trip to San Francisco after being nominated at the 35th annual American Indian Film Festival.

Argyle Alternative High School’s feature-length film “Of Mice and Men” has been nominated for Best Picture and, teacher John Barrett is heading to California to represent the school. Barrett will be joined by several former students who worked on the film when their production closes the festival on Friday, November 12.

The film played locally in 2008 at the Winnipeg Aboriginal Film Festival, and in 2009 at Freeze Frame and the IMAX theatre. It was also screened previously in California at the Autry National Center in Los Angeles in September of this year.