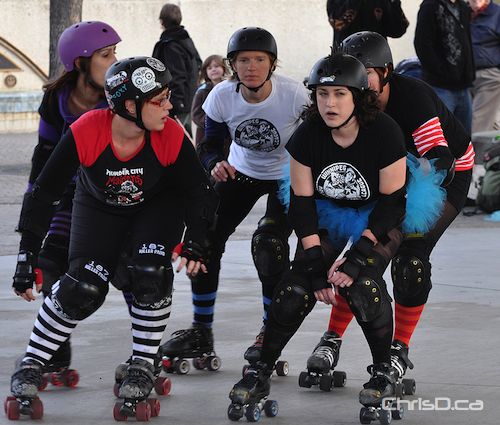 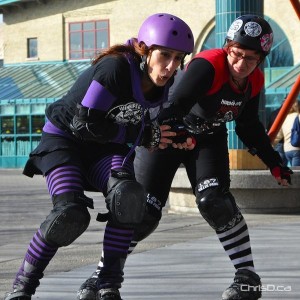 The ladies of the Winnipeg Roller Derby League staged a flash mob performance at The Forks on Saturday to promote their upcoming Crushes & Carnage event.

Skaters practiced some of their fancy moves for onlookers and played a popular game of Twister on roller skates. The only thing missing was a disco ball.

ChrisD.ca is proud to support the League and is giving you the chance to win a pair of tickets to their November 13th event at the Winnipeg Convention Centre.

Enter here and you’re in to win. The deadline for entries is Wednesday, November 10 at 11:59 p.m.