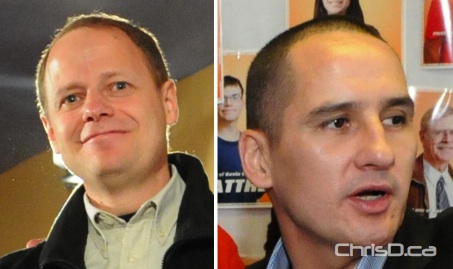 Winnipeg North Liberal candidate Kevin Lamoureux wants to address the issues in the area with one of his main opponents in a debate.

Lamoureux says he wants to square off with NDP candidate Kevin Chief, after challenging him on Monday.

A by-election is set for November 29 to fill the spot left by former MP Judy Wasylycia-Leis, who stepped down to take a run at civic politics in the spring.

No word from Chief yet on if he will debate or not, but Lamoureux says if he accepts, the debate would be held in a neutral location. Other parties with officially recognized candidates for the upcoming by-election would also be welcome.

Community organizations willing to play host to a debate are asked to contact the Lamoureux campaign.

Conservative Julie Javier is also a candidate in Winnipeg North.