Home » Entertainment » Charles Taylor Rescheduled to Speak at U of W

Charles Taylor Rescheduled to Speak at U of W 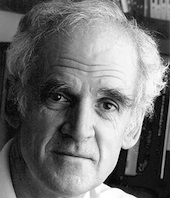 UPDATE: Monday, Nov. 22 — This event has been cancelled again due to illness.

After cancelling in late October due to illness, author and philosopher Charles Taylor has been rescheduled to appear at the University of Winnipeg.

Dr. Taylor will deliver his Solidarity and Diversity in a Secular Age address on Tuesday, November 23.

The speech is based on his 2007 magnum opus, A Secular Age.

Dr. Taylor was the recipient of the 2008 Kyoto Prize in arts and philosophy and the 2007 Templeton Prize for progress towards research or discoveries about spiritual realities, which included a cash award of US$1.5 million. He is currently Professor Emeritus of Political Science and Philosophy at McGill University

The lecture takes place in Theatre A on the fourth floor of Manitoba Hall (room 4M31) at 7:30 p.m. The event is open to the public, and admission is free.