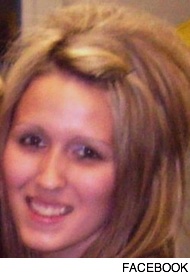 The 17-year-old boy, who allegedly shot and killed 16-year-old Meagen Mancheese (left) at a home east of Roblin on Wednesday, is in critical condition in a Winnipeg hospital.

In a short statement on Thursday, the Winnipeg Regional Health Authority said the boy is stable, but remains in a critical care unit.

“His family has said that they do not want to speak with the media and are asking that their privacy be respected,” the rest of the statement read.

Reports suggest the boy opened fire on Mancheese and then turned the gun on himself in a murder-suicide attempt.

The incident happened at about 10 a.m. on Wednesday in the RM of Hillsburg, about 20 kilometres east of Roblin.

A Facebook group to remember the teen girl has been setup and has over 200 members so far.

A family member confirmed to ChrisD.ca that Mancheese and the 17-year-old attended Goose Lake High School in the community.

On Thursday afternoon, RCMP finally confirmed reports of the incident and said they are continuing to investigate.