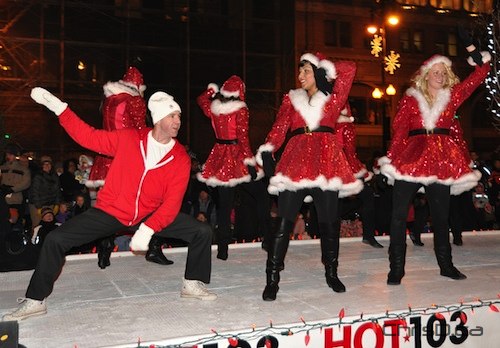 Thousands of Winnipeggers were thrown into the Christmas spirit Saturday as the 101st Santa Claus Parade made its way through downtown streets.

Over 70,000 spectators are said to have lined Portage Avenue waiting for the arrival of Santa himself to end the festivities. The Big Guy thrilled little ones with his joyful greetings and lavish float, which rounded out the 101 entries in this year’s parade.

The parade began at 5 p.m. at Portage and Young Street, making its way east down Portage and ending at Main Street and Graham Avenue.

Families began arriving by mid-afternoon to take in some of the other Christmas-related events in the area before setting up lawn chairs and claiming their spots on the pavement to see the action.