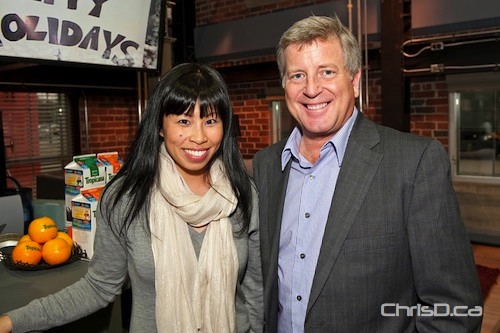 Citytv swung open the doors to its studio at The Forks on Saturday to host an open house.

Viewers were greeted by the friendly on-air personalities that wake them up every morning on “Breakfast Television,” and were offered a behind the scenes look at how the show is put together every weekday.

Fans also wished longtime host Jon Ljungberg well, as the part-time stand-up comedian will be leaving the station on Friday, November 26 after 11 years on the show.