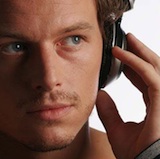 Known for his number 1 hits “Put Your Hands Up for Detroit” and “Let Me Think About It,” Fedde le Grand has remixed for Madonna, Robbie Williams, Will.i.am, Benny Benassi and Justin Timberlake.

Winnipeg is the first stop for the 33-year-old in Canada with “The North American Takeover” tour, followed by Edmonton and Calgary. Local DJ Hollywood Hype will be opening.

Tickets are $20 and available at The Urban Bakery, Shopgirl and TicketWeb.ca.