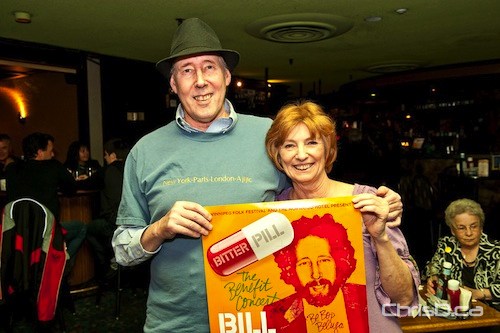 Musician Bill Merritt and his wife of 40 years, Luci, were pleased with the overwhelming show of support during a small benefit concert on Wednesday, November 17, 2010. (TED GRANT / CHRISD.CA)

The bassist is currently battling his second bout of cancer, and is perhaps most well known for playing in the 60s and 70s with some of the city’s top talent.

Merritt was joined by Fred Penner, Tom Jackson and Rocki Rolletti with Be Bop Beluga for a benefit concert leading up to a much larger one on January 14.

The Bitter Pill concert will take place at the Winnipeg Convention Centre with all proceeds going towards Merritt’s cancer treatments.