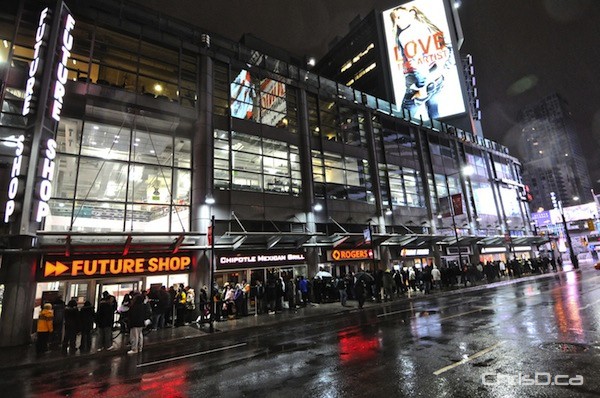 Shoppers line the sidewalk in front of a Future Shop store in Toronto during Boxing Day on December 26, 2009. (MARJO WRIGHT/CNW)

After pressuring the provincial government, retailers in Manitoba will be able to set their own hours this Boxing Day, which takes place on a Sunday.

The province hinted at the move Thursday, but officially introduced changing the Retail Businesses Holiday Closing Amendment Act on Friday.

“This amendment recognizes the importance of Boxing Day to retailers in the province,” said Labour Minister Jennifer Howard. “Boxing Day has become the largest shopping day in Manitoba and it is supported by consumers as well as retailers.”

The last time Boxing Day fell on a Sunday was in 2004, where retailers say they took a huge hit having to wait until noon to open their doors to eager shoppers.

The amendment only applies when Boxing Day falls on a Sunday. The next time Boxing Day is a Sunday will be in 2021.

While some stores have opened as early as 5 a.m. on previous Boxing Days, some are speculating this new freedom might create the opportunity for some midnight store openings.