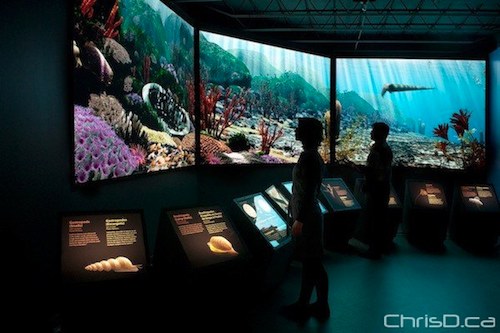 An exhibit at the Manitoba Museum has won an international animation award and has been voted the province’s top attraction for 2010.

Ancient Seas debuted at the museum in March in the Earth History Gallery and has received rave reviews ever since.

The animated undersea observatory won top honours for Best Scientific Visualization at the Red Stick International Animation Festival in Baton Rouge, Louisiana last week, and was voted the top attraction in Manitoba for 2010 by WHERE Magazine.

Ancient Seas magically transports the visitor to an underwater environment that existed over 450 million years ago — when the Churchill area was blanketed by a tropical sea.

Ancient Seas coincides with a number of steps the museum is taking to make its exhibits more interactive and dynamic.