Pianist to Perform at U of W’s Restored Convocation Hall 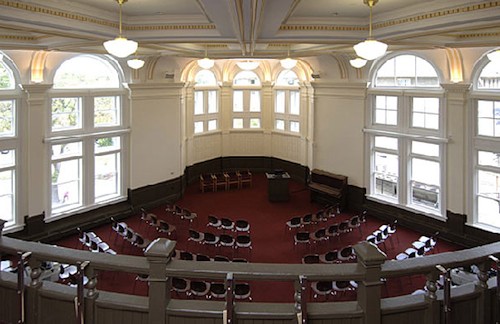 In celebration of the University of Winnipeg’s restoration of Convocation Hall, a special concert is set for Saturday, November 27.

The hall has already won the Heritage Preservation Award of Excellence for the restoration to its 1898 splendour, and has also acquired a Kawai grand piano for the hall through donors.

Pianist Alexander Tselyakov will perform the complete Chopin Etudes on the Kawai — the first time all 24 etudes have been performed in Winnipeg. Immediately after this concert he will be recording a landmark CD of the complete etudes in honour of the 200th anniversary of Chopin’s birth.

Advance tickets are still on sale, and a number of great seats remain on the main floor and in the balcony. Showtime is at 8 p.m. Complimentary refreshments will be served at intermission.