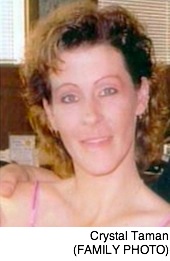 The former police chief of the East St. Paul Police Service is facing charges after the alleged mishandling of an infamous traffic collision in February 2005.

The charges stem from the investigation into the death of Crystal Taman, who was killed when her vehicle was struck by impaired off-duty Winnipeg police officer Derek Harvey-Zenk at Highway 59 and the North Perimeter Highway.

Most charges against Harvey-Zenk were eventually dropped due to a lack of evidence, but he still served two years house arrest for dangerous driving causing death under a plea deal.

After a request in 2008 by Manitoba Justice, RCMP “E” Division out of British Columbia began an investigation into allegations of criminal activity by former East St. Paul Police Service personnel. The detachment handled the preliminary stages of the crash investigation at the time, and was criticized for botching it to cover up details to protect Zenk.

The investigation was completed in September of this year, which was then forwarded to the Alberta Justice Department for review and charge approval.

Bakema will make his first court appearance in Winnipeg on January 5, 2011.

For a background on the Taman case, visit TamanInquiry.ca.