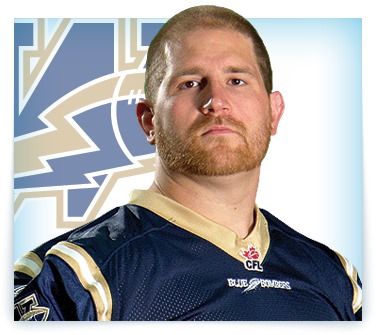 Fritz had been competing for over a month against rival Saskatchewan Roughrider Rob Bagg to win $50,000 for their designated local charity.

Fans voted online for their favourite CFL player, and Winnipeg Harvest’s ‘Hunger for Hope’ program is now on the receiving end of the massive cash donation.

The Kinsmen Club of Winnipeg announced Monday it would donate $10,000 if Luke Fritz won, raising the total donation to $60,000.

“This win will help our Hunger for Hope program which costs us over $100,000 a year to operate,” said Harvest’s executive director David Northcott. “The numbers are rising because the needs in the community are rising; especially children. This win will allow us to help those hungry children in need.”

The Hunger for Hope program benefits babies and young children in Manitoba, feeding over 1,600 infants a month.