Home » News » Tim Hortons Rolling Out Debit at All Locations

Tim Hortons Rolling Out Debit at All Locations 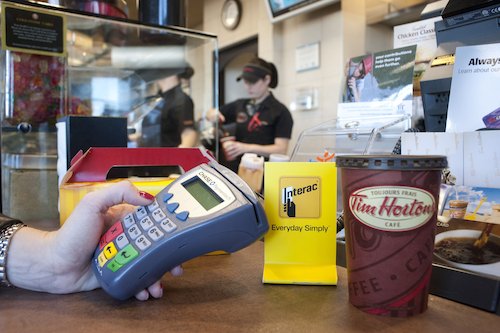 Interac will be available at all Canadian Tim Hortons locations by the end of this month. (CNW GROUP/INTERAC ASSOCIATION)

Instead of counting out your pennies for a coffee and donut, Tim Hortons is extending Interac to all of its Canadian locations by the end of November.

What began as a trial period in Western Canada back in 2003 has become wildly successful as a form of payment for the restaurant’s customers.

Speed of service, nor security was compromised as a result of the trial, which enforced the decision for the nationwide roll-out on Monday.

Overall, the chain has 3,703 restaurants worldwide, including 3,082 in Canada.