Festival of Trees and Lights Has New Downtown Home 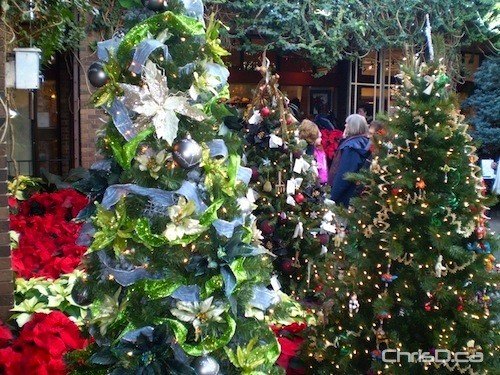 The Festival of Trees and Lights at the Assiniboine Park Conservatory is shown in this 2008 file photo. (CHRISD.CA)

This year’s Festival of Trees and Lights may have a new venue, but it’s promised to be just as beautiful as ever.

The festival will move from the Assiniboine Park Conservatory to the new Manitoba Hydro Gallery at 360 Portage Avenue when it opens Friday through December 12.

Featuring elaborately decorated Christmas trees, winter villages and gingerbread houses, the festival has become an annual tradition for many families during the holiday season.

Organizers are expecting about 30,000 people downtown this year to take in the spectacle, which also includes the iconic Santa Village, originally housed at Eaton’s.

The displays are open to the public at 10 a.m. daily, excluding Sunday, when viewing opens at 12 p.m.

Admission is free, but donations are gratefully accepted.

Further details are available at FriendsofFestival.com.