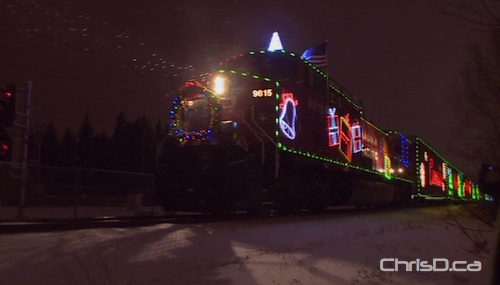 Canadian Pacific’s Holiday Train began its 12th annual trek across Canada on the weekend, with a stop in Winnipeg planned for later this week.

The train is also touring eight U.S. states, and will be collecting food and money at each stop to benefit the local community.

The modified box car on the rails acts as a stage, where alternative rockers “The Odds” will be providing entertainment along each stop.

The train will be on Molson Street between Panet Road and Munroe Avenue on Saturday, December 4 at 9:15 p.m.

Following Winnipeg, the train will travel to Portage la Prairie, Brandon and then on to Saskatchewan.