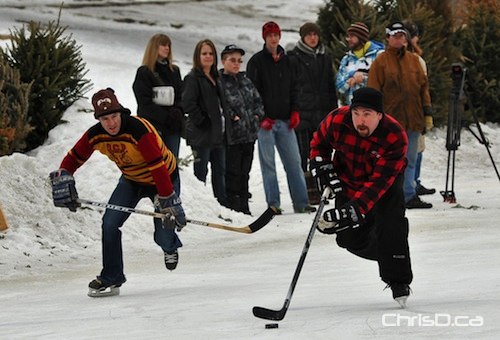 A local hockey game tonight will pit the Winnipeg Police Patrolmen against a group of celebrities in support of the North End Hockey Program.

Donations to fund equipment, transportation and training are gladly accepted and will go to ensure young players continue to have the opportunity to play community sports.

The game will begin at 7 p.m. at Billy Mosienko Arena, 709 Keewatin Street. A sports celebrity auction will follow at Boogies Diner, 1125 Main Street, at 9 p.m.

Tickets are $5 at the gate.