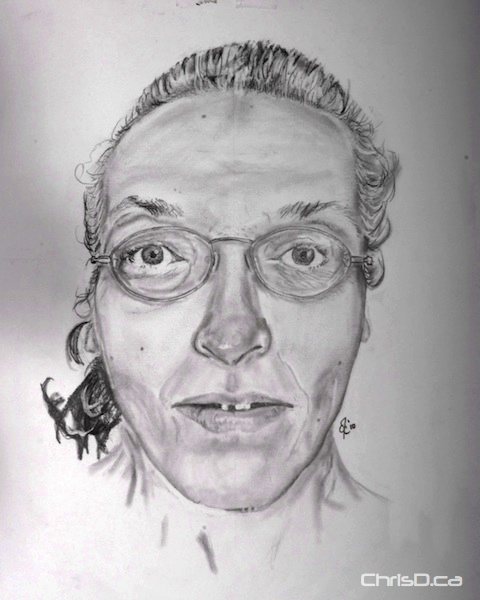 RCMP released this sketch of a deceased woman who went by the name of "Laura." The woman's body was found in a recycling sorting facility in the RM of Rosser on Wednesday, December 1, 2010. If you can identify the woman, call investigators at (204) 984-6447. (RCMP HANDOUT)

A composite sketch outlining what the deceased woman found at a recycling facility last week may have looked like has been released.

RCMP say the woman went by the name of “Laura,” and may have family in Saskatchewan. Last week, police released images from a surveillance camera at a Pembina Highway Tim Hortons — an establishment the mystery woman frequented.

Workers at a BFI recycling facility in the RM of Rosser came across the woman’s body on December 1. It’s believed the woman crawled into a cardboard recycling bin to stay warm and was picked up in Winnipeg.

She is described as being between 50- to 60-years-old, 5’4″ tall, 136 lbs, long salt and pepper hair kept in a bun, and light brown eyes. She was wearing multiple layers of clothing, frequently seen to be wearing a toque or hat.