Local Performers to Recreate ‘A Christmas Carol’ at Dalnavert 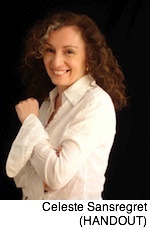 The Dalnavert Museum is recreating the classic tale of Charles Dickens’ “A Christmas Carol” this holiday season with five separate performances.

From December 14-23, local performers will interpret the tale in their unique performance styles that will appeal to a variety of audiences.

The series will open with Celeste Sansregret (left) on December 14 and 15. Celeste is a writer, producer and performer working in theatre, film and television. She made her first stage appearance at age three and has appeared in over 25 stage productions and several films including “Faces in the Crowd” and “Mother Knows Best” that shot in Winnipeg this past summer.

The performance will run approximately 90 minutes and is suited for ages 12 and up.