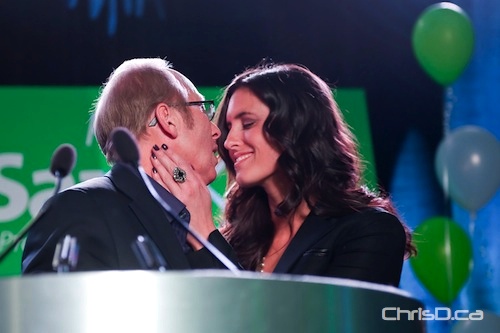 Winnipeg Mayor Sam Katz is tying the knot for the second time.

Katz and girlfriend Leah Pasuta are heading to the altar after news broke Wednesday that the two were engaged.

Katz, 59, and Pasuta, 30-something, have been making a number of public appearances together over the past year.

The mayor was once married to Baillie Burke, who filed for divorce in 2006. The former couple has two daughters, Ava and Kiera.

A date for the ceremony has not yet been set.

View the photo gallery of Katz and Pasuta below.