Home » Photos » Beard-Growers Smooth as Butter, But Not for Long

Beard-Growers Smooth as Butter, But Not for Long 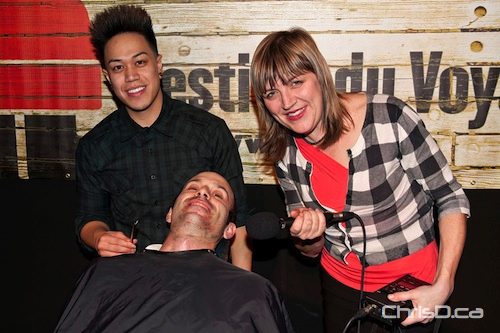 Serge Gautron (centre) was one of about 30 men who were shaved with a straight razor on Thursday, December 9, 2010 for the Festival du Voyageur's Beard Growing Contest this year. Gautron was clean-shaven at Le Garage Café by Scott Ramos (left) of Berns & Black Salon. Dominique Reynolds of CBC Radio was there to capture reaction from the event. All money raised will go to the Heart and Stroke Foundation of Manitoba. Festival du Voyageur takes place from February 18-27, 2011. (TED GRANT / CHRISD.CA)