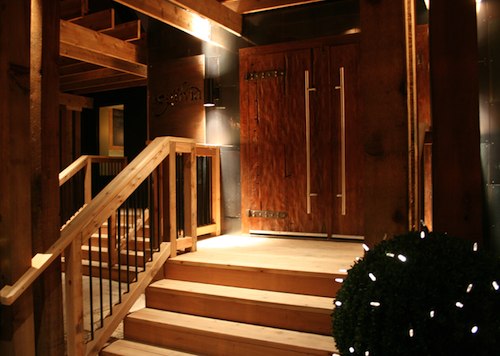 Segovia Tapas Bar and Restaurant at 484 Stradbrook Avenue has been named one of the Best New Restaurants of 2010 by Where Magazine. (SEGOVIATAPASBAR.COM)

A Winnipeg restaurant has won the honour of being named one of Canada’s best by the editors of Where Magazine.

Segovia Tapas Bar and Restaurant at 484 Stradbrook Avenue is on the Best New Restaurants list for 2010, alongside 10 other establishments from across the country.

“Winnipeg’s best new restaurant is the city’s only eatery exclusively dedicated to tapas,” the magazine review said in part. “Diners line up each night at the Osborne Village hot spot.”

Chef Adam Donnelly heads up the kitchen at Tapas and his innovative plates, combined with the restaurant’s stunning interior, has made the restaurant one of the most popular destinations in the area.

Read the complete review at Where.ca.