Skating Trail Opens at The Forks 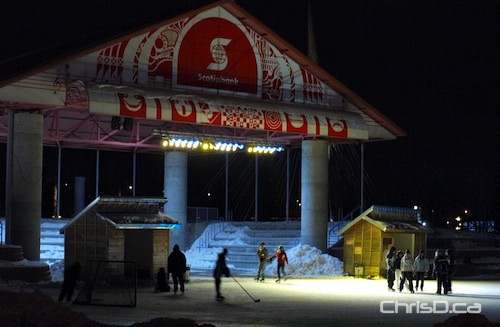 The skating rink near Scotiabank Stage at The Forks is shown in this December 31, 2008 file photo. (CHRISD.CA)

The Forks has opened up 1.2 km of winding skating trail at Arctic Glacier Winter Park, including two completely groomed skating rinks under the canopy and in front of Scotiabank Stage.

While the conditions aren’t favourable to skate on the river just yet, the park itself will keep you active enough. An interactive ice castle, toboggan run and snowboard park are expected to be finished soon.