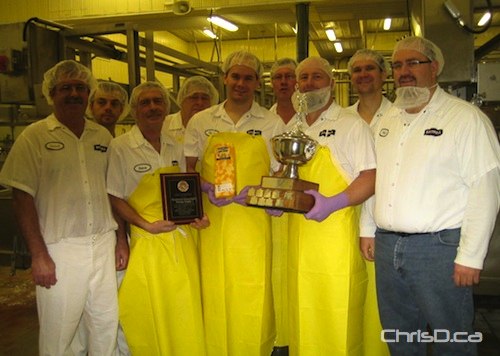 Bothwell won in the Marble Cheddar class at the international competition, which has been handing out coveted awards since 1927.

The company has placed first in its respected category five years in a row at the show put on by the Central Ontario Cheese Makers Association.

“It’s a tremendous feat to be recognized by such a prestigious organization, especially considering the high calibre of the competition,” said Ivan Balenovic, Bothwell Cheese president and CEO.

Bothwell Cheese is known for producing cheese made with completely natural ingredients, pure milk, and no modified milk ingredients. The company produces and distributes more than 20 varieties of cheeses throughout Canada.