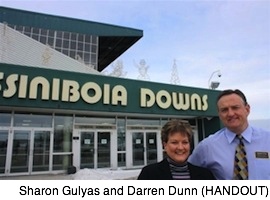 Dunn has been with the Downs since 1982, where he began as a press box runner. Since then, he’s been responsible for much of the track’s success and most recently called his 15,000th race. Dunn plans on continuing to call races for at least one more year.

The Club also appointed Sharon Gulyas to vice-president of finance and gaming, moving her from the general manager position.

Gulyas has been working at the Downs since 1978, where she first cashed bettors’ winning tickets.

Both Dunn and Gulyas will assume their new roles January 1.