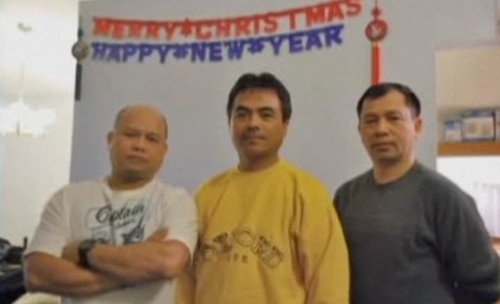 Three Filipino men living in Winnipeg who could be deportated from Canada will face an immigration hearing today to learn their fate.

The three fathers found out on Monday that their Legal Aid application had been approved.

Matas has told the three fathers to apply for “restoration of status” and “temporary residence” permits that would allow them to work in Canada.

The men have been the centre of attention the last several weeks, with churches, political leaders and the community behind them.

The three arrived in Canada in 2007, taking jobs in Alberta at a gas station. When they transferred to a gas station in Thompson, Manitoba they were told they could not legally work in the country. In June, they were arrested and haven’t been allowed to work since spring due to improper paperwork.

Advocates for the men are hoping today’s hearing allows them to stay in Canada. Without work permits, the men haven’t been able to earn a living to send money back home to their families.

UPDATE: The hearings were postponed today until early next year. The men will be able to stay in Canada for the time being while they await further hearings in January.