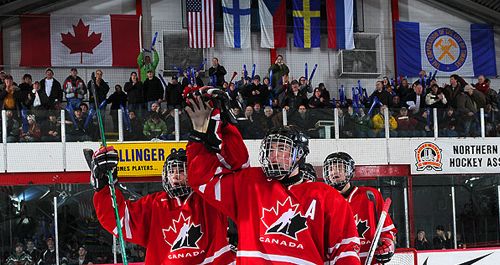 Tickets for the 2011 World Under-17 Hockey Challenge are selling out fast. (HOCKEYCANADA.CA)

Tickets are almost sold out for the World Under-17 Hockey Challenge game between Team Canada West and Team Czech Republic on New Year’s Eve.

Organizers reported as of late Wednesday, 1,200 tickets had already been sold to the matchup at MTX Iceplex set for 7:30 p.m.

Great seats still remain in the lower bowl for next Tuesday’s final.

Tickets to any of the games are available through Ticketmaster.

← Previous: Consumer Confidence Remains High on the Prairies Next: Don't Get Left in the Cold on New Years: CAA →
Tags: Hockey | MTS Centre