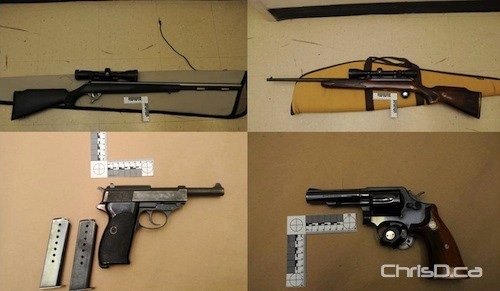 RCMP seized a number of weapons during a bust on December 12 and 13 in Brandon and Dryden, Ontario. Two men from Dryden face charges. (RCMP HANDOUT)

RCMP have laid formal charges against two men who were arrested in December in connection to a prohibited weapons bust.

A search warrant was later obtained for a residence in Dryden, Ontario, where several more prohibited firearms were located the following day.

Roger Nordlund, 70, of Dryden has been charged with possession of a prohibited weapon for the purpose of trafficking.